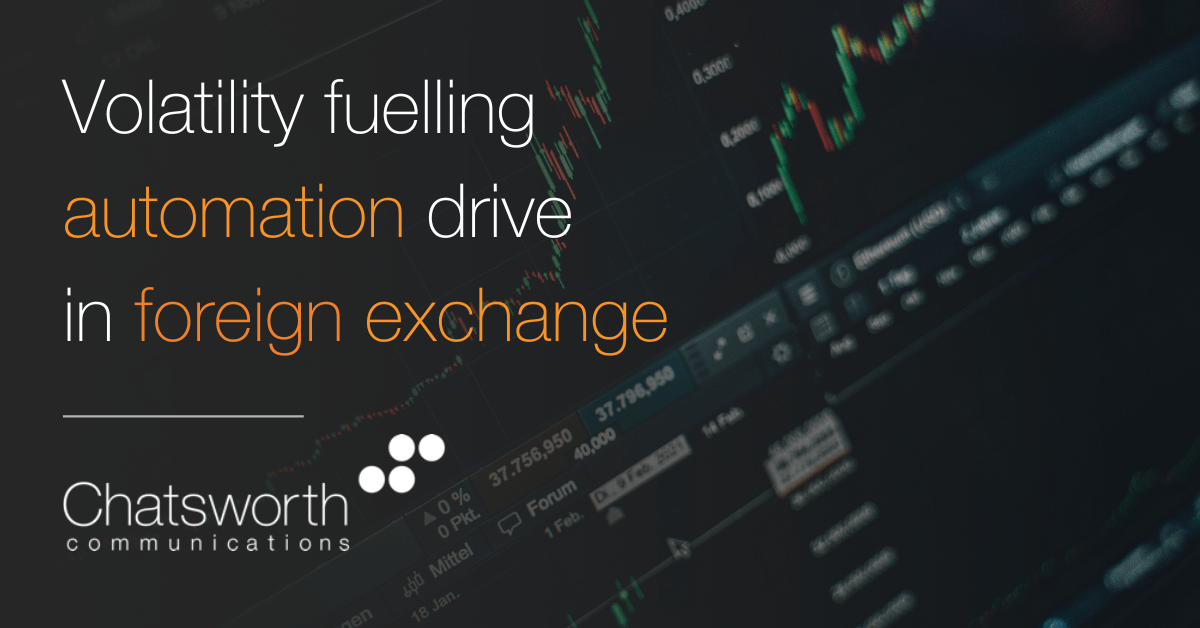 After a sustained period of calm, the FX market has sprung into action in 2022. Recent volatility has exposed the shortcomings of many firms’ FX setups and there is now a movement towards digitising the entire FX workflow.

In the past few months alone, the US dollar (USD) has surged to 20-year highs while the British pound (GBP), Japanese yen (JPY) and the euro (EUR) have all slumped to record lows.

Some of the biggest firms, particularly those that consolidate in the US, are feeling the pain of the surging dollar which is lowering the value of their overseas sales. In late October, Coca-Cola said that FX effects have dented its margins, earnings per share (EPS) and other metrics and said it expects comparable EPS to include a 7% to 8% currency headwind for the year.

According to Kyriba’s October Currency Impact Report, firms in Europe and North America reported $37.27 billion in headwinds in the second quarter of 2022. North American companies reported a staggering 3,583% increase in foreign exchange (FX) headwinds compared to this time last year.

So, what are firms doing to manage this risk?

The main change firms are making in the short term is increasing hedging activity. A recent survey from FX-as-a-Service pioneer, MillTechFX, found that 89% of corporates that do not have a formal hedging strategy in place are now considering introducing one.

It also revealed that the majority of senior finance decision makers’ current hedge ratio is over 50% and the average hedge ratio is 56%, while the average tenor of hedges was five months. This indicates corporates are balancing their valid concerns around profit erosion with the need to be nimble in the face of fragile supply chains, weakening consumer demand and rising inflation.

Furthermore, in response to market volatility, 40% of respondents said they are considering increasing their hedge ratio, while a third shortened the tenor of their hedging instruments to remain flexible in the face of mounting headwinds and uncertainty.

Nearly two-thirds (65%) of corporates are still using manual execution processes and over a third (36%) still primarily use email for instructing financial transactions, while 29% rely on phone calls.

FX price discovery can often involve multiple phone calls, e-mails or online platforms to log in just to get comparative quotes from counterparties. Because the market is constantly moving, price discovery requires a team of people to collectively decide which of these counterparties can offer the best quote.

This entire process is a huge drain on time and resources, with MillTechFX’s research finding that corporate treasury teams spend around 1.85 days per week on FX-related matters while nearly half (47%) of those surveyed said they spend 2-3 days managing such matters. Over 50% of treasury teams have three or more people tasked with FX activities.

With FX moving up the list of priorities, CFOs and treasurers at corporates are now waking up and smelling the coffee. There has been a notable increase in organisations seeking to embrace digitisation to streamline these processes, with 89% of senior decision-makers stating that they were looking into new technology and platforms to automate their FX operations.

Many are harnessing simple, tech-enabled solutions which digitise the end-to-end FX process from initial price discovery right through to reporting at the end of the trade lifecycle.

Looking into 2023 and beyond, firms that harness automated technology-driven solutions will be best placed to protect their businesses during turbulent times.

Chatsworth has been at the centre of foreign exchange – the world’s largest and most liquid market – for over 20 years, positioning our clients as thought leaders, with skill and insight to move the compass needle their way. Find out more about our FX credentials here.