Other regulators have not taken such an enlightened approach. Last week French and German regulators threw their toys out of the pram claiming that FCA’s sandbox is anticompetitive.

They claimed that the FCA’s approach – which allows certain companies to test their technologies with real customers before getting full regulatory approval and within an environment which is more forgiving from a regulation perspective – is unfair to large established players.

This is not the first time foreign regulators have criticised the sandbox approach. In August, NYFDS’s Maria T. Vullo, rejected the idea of the NYFDS setting one up saying that only ‘toddlers play in sandboxes. Adults play by the rules.’

It is true that companies which are admitted to the sandbox get an advantage. They are not subject to the same strictures as a large bank would be when developing a new service. That does allow them to be more agile and test their services in real-world environments – an invaluable opportunity for developers of emerging technology.

That said, there is a strong argument to make that, far from being anti-competitive, the sandbox is actually helping to level the field between fintechs and the banks.

Regulatory approval is a long, protracted and extremely costly process. There are no guarantees. There is always the risk that the regulator won’t give the final go ahead, leaving a firm with significant legal costs, wasted time and nothing much to show for it.

Banks are in constant communication with the regulators. They can also hire armies of specialists to give themselves the best chance of getting their services approved. Many fintechs have neither of these advantages. The sandbox gives them a chance to work with the regulator in a more collaborative environment to find solutions to any regulatory challenges within the technology design and allow the fintech to change course if their current design causes the regulator too much concern.

In doing this, the sandbox helps reduce the costs of regulation for the companies which can least afford it, boosting – not stifling – competition.

Not only is the sandbox good for fintechs, but it is also good for the regulator, consumers and even the large banks themselves.

For the regulators, it is a chance to develop a deeper understanding of the latest technologies, such as blockchain and machine learning, by collaborating with their creators. This can help lead to more sophisticated regulation and help the FCA ensure it is keeping pace with technological change.

One of the core stipulations of the sandbox is the protection of consumers. This is something the FCA has emphasised time and again when talking about the sandbox. By taking this approach, it is allowing consumers to access new services years before they would otherwise be available while ensuring they still enjoy a high level of protection from the FCA.

Finally, a little healthy competition is good for banks. Change is not easy and, without dynamic, agile and hungry competition snapping at their heals, there is little real incentive for banks or infrastructure providers to make the much-needed upgrades to their systems and services.

There are many fintech ’specialists’ out there talking about how banks are going to be ‘disrupted’ out of existence by fintech ‘challengers’. The reality of the market is that most successful fintechs are forming partnerships with banks to the benefit of both parties.

Fintechs need the banks, which hold sticky client relationships and huge institutional expertise, while the banks benefit hugely from the innovation and efficiencies which fintechs can bring.

Sandboxes are an excellent way to nurture the next generation of partners, vendors and acquisition targets for banks – not their nemesis.

The UK remains the best place to start and grow a fintech. The FCA’s sandbox is a meaningful part of the reason why, long may it continue. 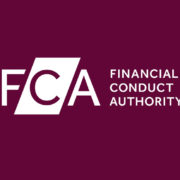 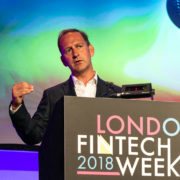 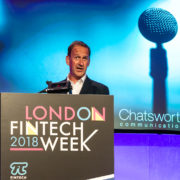 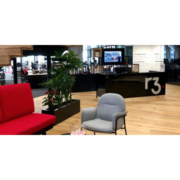 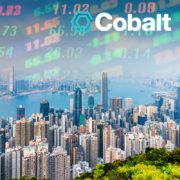