The cross-border payments industry has seen a revolution in speed and transparency over the past decade or so. A generation of new companies are eyeing the role of incumbents and exploring new technologies such as blockchain to transform existing processes.

However, examples of genuine innovation are beginning to emerge amongst both new providers and incumbents. Once such example is the global banking messaging giant SWIFT, which revealed that users of its Global Payments Initiative (GPI) service, are receiving payments within minutes, and even seconds.

Nearly 50% of SWIFT gpi payments are credited to end beneficiaries within 30 minutes, and almost 100% of payments within 24 hours. With all payments fully traceable, there have been fewer enquiry-related queries, reducing costs for banks by as much as 50%.

SWIFT has set the international standard for cross-border payments for over four decades, and this week’s announcement directly addresses the perception that its payments are slow and cannot keep up with the new upstarts.

To the contrary, SWIFT gpi continues to gain significant traction; traffic already accounts for nearly 10% of total SWIFT cross-border payments, and over USD 100 billion is being transacted every day by 150 banks across more than 220 international corridors. 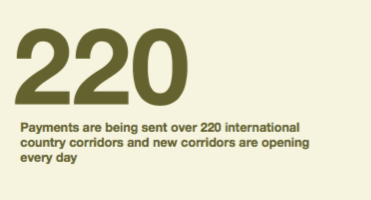 SWIFT has made it clear that the service currently does not incorporate blockchain technology – making the speed of payments ever-more impressive. Yet, it’s important to note that blockchain is not a panacea; any payment service must offer speed, transparency, industry-wide connectivity and have appropriate regulatory oversight. SWIFT gpi incorporates all of these without incurring huge costs for banks and their customers.

Harry Newman, SWIFT’s Head of Banking commented on today’s announcement, “Thanks to SWIFT GPI, banks are able to credit payments within minutes and even seconds, while their customers are facing shorter supply cycles and able to ship goods faster. This is a very significant step forward for banks and for their customers” says. “In addition, banks receive fewer queries and have told us their inquiry-related costs are reduced by as much as 50% when they use SWIFT GPI. This is a major service improvement to end-users and a considerable cost saving for the industry.” 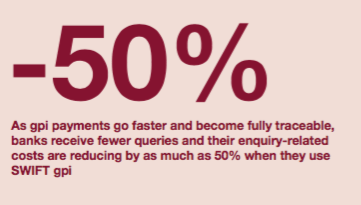 It is clear that gpi service has transformed the way cross-border payments are sent and received, and further enhancements appear to be in the pipeline for 2018. As more banks use the service and integrate it with their corporate offerings throughout 2018, the number of corporates will continue to grow rapidly.

With SWIFT already playing a key role in delivering the New Payments Platform in Australia and introducing real-time payments to Europe later this year, it seems 2018 is shaping up to be a key year for the cooperative and its members.

The rapid speeds of modern technology have created the expectation amongst consumers and businesses that payments need to be transferred instantaneously at the push of a button. Global infrastructure provider SWIFT made this a reality this week, with the launch of a real-time payments platform in Australia.

The New Payments Platform’s (NPP) financial architecture has been designed and constructed to transform how consumers, businesses, and governments transact with one another.

SWIFT has supported the evolution of payments systems around the world for more than 40 years. It played a key role in the design, build and delivery of the NPP and will continue to operate its infrastructure. This is the first step in SWIFT’s global instant payments strategy and illustrates a blueprint for what we can expect to arrive in Europe.

Instant payments are set to launch across Europe in 2018, alongside the launch of TARGET Instant Payment Settlement (TIPS), the euro real-time payments service commissioned by the Eurosystem. SWIFT’s new messaging service will harmonize the infrastructure throughout the continent and allow instant payments to be made in euros through both TIPS and EBA CLEARING’s RT-1 instant payments system.

Consumers, businesses and the broader economy are only beginning to see the possibilities with new services such as same-day delivery, just-in-time manufacturing, and instant payment apps. SWIFT currently connects 85 of the 149 High-Value Payments systems in the world, including CHAPS in the UK, TARGET2 in Europe and the SWIFT India Domestic Services. It also offers gateways to instant payments platforms in Hong Kong and in the US. All of this suggests the payments industry has only taken small steps towards reaching its full potential.

It is likely that real-time line-by-line settlement, open access infrastructure that empowers innovation via competition, and overlay services that provide value-added services are likely to become the norm.

This is a once in a generation opportunity to reinvent the payment process. While Europe awaits the arrival of instant payments in November 2018, it will be interesting to observe the changes in Australia that occur due to this new payment landscape.