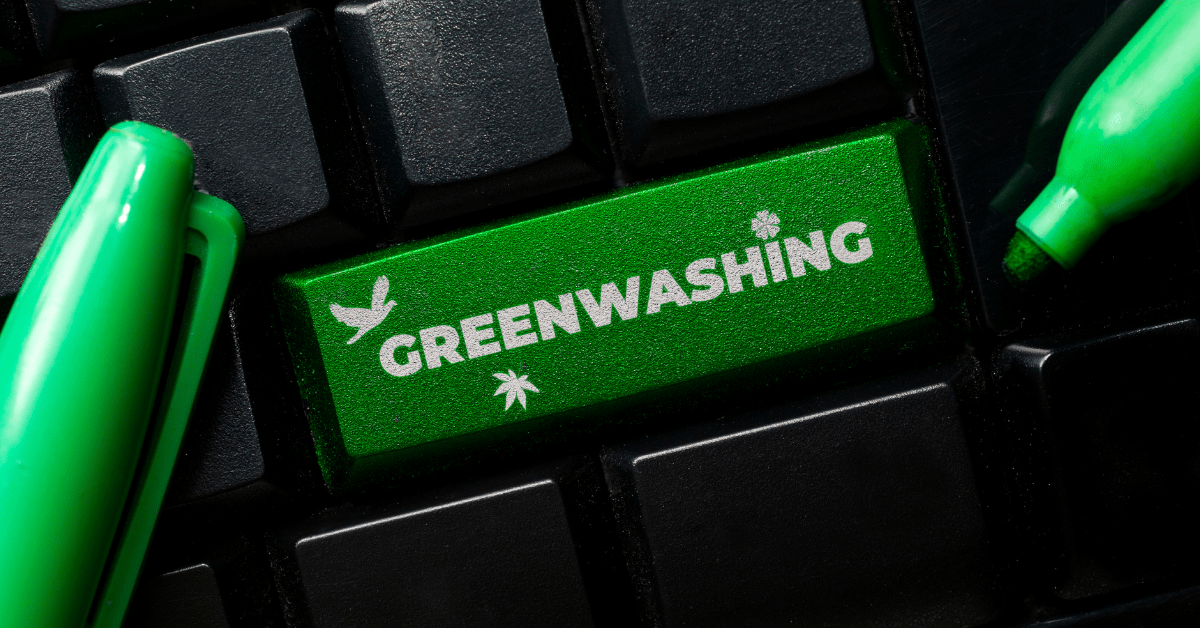 It’s no longer enough to be solely profit-driven, firms have to be a force for environmental good or face the financial fall out.

The climate emergency has pushed environmental, social and governance (ESG) to top of mind for firms, investors and customers.

Investors want to back responsible businesses and there’s a reckoning coming for firms which fail to shape up.

A PwC report found that 83% of consumers think companies should be actively shaping ESG best practices and 86% of employees prefer to support or work for companies that care about the same issues they do.

On the institutional side, a survey of more than 1,000 investment professionals revealed that 77% of institutional investors plan to stop buying non-ESG products by 2022.

Profit and being a force for good aren’t mutually exclusive. The problem is that where there is money to be made, there are those with more sinister intentions.

Some see it as an opportunity to cash in and ‘greenwash’ – branding something as eco-friendly, green or sustainable when this is not the case.

Greenwashing has brought increasing scrutiny on ESG efforts, making it more difficult for those with strong green credentials to communicate them.

They risk being tarred with the same brush and accused of greenwashing, which can lead to negative backlash, reduced trust in their brand and, in extreme cases, regulatory action.

So how can firms tread the fine line between green and greenwashing?

How to spot greenwashing

Firstly, it’s important to be able to spot the signs of greenwashing so you can avoid common pitfalls.

The public relations profession, which has been part of the greenwashing problem, now has a responsibility to help drive the solution.

The Competition Markets Authority has unveiled a new Green Claims Code which requires all environmental claims to be truthful, unambiguous and transparent. It also compels organisations to include all relevant information relating to a claim. The move follows CMA research earlier this year that found 40% of green claims made online could be misleading.

This code was backed by PRCA’s Climate Misinformation Strategy Group, with its chair John Brown stating in PR Week: “It’s about time every organisation in the UK moves away from dubious intent and towards positive action and proof. By embracing transparency and ensuring claims are backed by credible verification, brands can work fearlessly to help address one of the biggest challenges facing our world.”

How to communicate green credentials without greenwashing

Increasingly, green claims are coming under intense scrutiny, making it difficult for those which are actually making a positive impact to communicate it without facing a myriad of questions and accusations of greenwashing. Before communicating your ESG credentials, there are a few questions you should ask yourself:

Where there is increased cynicism, evidence is the way forward. Back up your claims and make sure you’re not overegging them. Being officially carbon neutral or signing up to the Principles for Responsible Investment (PRI), gives you the independent assurance that you need to prove that your efforts are genuine. Making your logo green does not as McDonald’s found out in 2009.

Many companies have a paperless office and offer cycle to work schemes so marketing these types of initiatives as your unique way of saving the world might not be the best idea. That’s not to say they aren’t important but if communicating about them, it’s wise to avoid making big claims and stick to the facts. Similarly, if you’re boasting about these initiatives but have executives constantly flying around the globe for short stints, you’re likely to get called out.

Actions speak louder than words and this is true when it comes to ESG. Don’t make outlandish claims, keep it simple, factual and authentic. These fundamental principles are the best ways to avoid being accused of greenwashing and having to contend with the subsequent wrath of the general public, customers and regulators.

Try to tell the truth about your green efforts and the challenges you face. The public and investors know it can be tough and it’s an ongoing process. Get it right and you’ll be rewarded and respected. And you’ll lock in loyalty, investment and, ultimately, profit.

Chatsworth was the first communications agency to focus on fintech. We’ve been building fintech reputations for 20 years, steering start-ups through launch, growth and onto corporate action, and protecting and enhancing established infrastructures. Looking for intelligent, informed and connected fintech PR which delivers results and value? Get in touch and let us help build your reputation and tell your story