Previse was recognised by the FStech judging panel for its unique application of artificial intelligence (AI) technology to get suppliers paid instantly. The fintech overcame tough competition, seeing off banking giants such as HSBC, Morgan Stanley and Credit Suisse.

Previse’s AI technology analyses its clients’ ERP data to predict the few invoices which are unlikely to get paid. The rest can then be paid instantly by a funder, such as a bank. The buyer then pays the funder back on its normal payment terms.

From its inception, Previse has recognised the global scale of the slow payments issue that it aims to solve and so has built its technology to cover the earth. The company’s AI technology can analyse huge amounts of data for each client, each of which has global supply chains, hundreds of suppliers and use multiple currencies. It has huge growth potential and will help unlock $650 billion tied up in slow payments globally.

Previse have already analysed over $150 billion of spend generated from three million suppliers and their algorithms are constantly improving their accuracy as they analyse more data.

Now in their 19th year, the FStech Awards recognise excellence and innovation in the field of information technology within the UK and EMEA financial services sector. Judges included senior personnel from Deutsche Bank, KPMG, EY and Nationwide Building Society.

“When Previse’s founders gathered in a tiny room in London, just under three years ago, we recognised that the smart use of data and analytics can eradicate the global problem of slow supplier payments. Our capabilities in these areas are core to the business and we now have offices in London, Glasgow, Edinburgh, Germany, Vietnam and the US, which house some of the world’s leading machine learning PhDs.”

“Winning this award ahead of some huge institutions that have been around for decades is a proud moment for our company. We have signed up eight multinational clients and have partnered with organisations such as PwC, Oracle & RBS-NatWest and are tackling the problem head on.”

“Previse’s mission is to ensure that every supplier in the world can be paid instantly and at the fairest rate. With rapid progress and the enthusiastic participation of some of the world’s largest buyers, we are well on the way to achieving it.”

The FFWS Top Employer Awards, which are now in their fifth year, celebrate forward-thinking employers who understand how flexibility is good for people – helping them successfully balance work and home life – as well as for business growth.

The winners were announced to an audience of 150 Scottish business leaders at a spring-themed Brewery Bash at WEST Brewery in Glasgow yesterday afternoon. 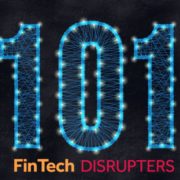 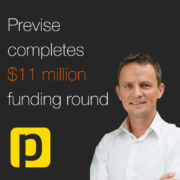 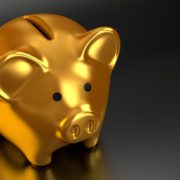