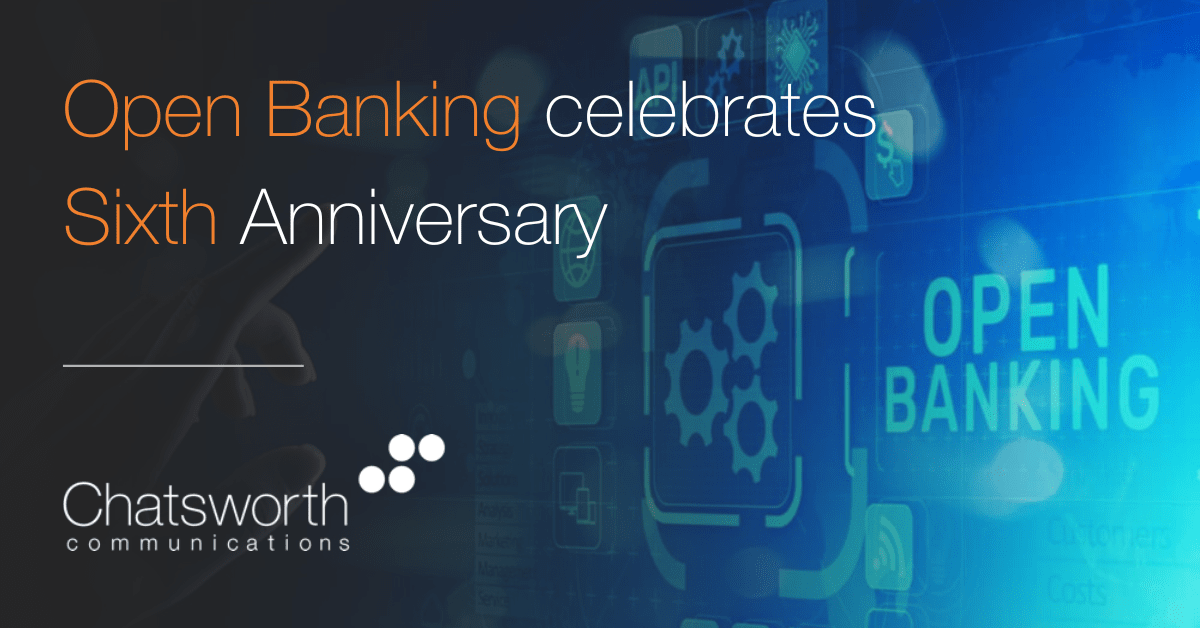 Open banking, an initiative launched by the Competition and Markets Authority (CMA) to bring more competition to the UK’s banking industry, celebrated its sixth anniversary in January.

To mark the occasion, the CMA announced that the six largest banking providers in the UK, Barclays, HSBC, Lloyds, Nationwide, NatWest and Santander, have now implemented all the requirements of the Open Banking Roadmap, and that the Roadmap is nearly complete.

In December alone, 7.5 million payments were made in the UK using open banking, up 230 per cent year-on-year. There are over 200 providers of open banking in the UK and over 600,000 small and medium size enterprises are using the technology to improve their businesses.

Sarah Cardell, Chief Executive of the CMA, said: “It is fantastic to see how many consumers have benefited from open banking since the CMA’s Order was issued in 2017 – which has transformed the way millions of people manage their money.”

Open banking was launched in 2017 as part of a package of improvements following the CMA’s market investigation into retail banking. It ordered the UK’s nine largest retail banking providers to open up customer data using secure data protocols.

The initiative has helped drive competition in a market which was previously dominated by major banks, reducing costs for businesses and improving financial decision-making for consumers.

But, in order to unlock its vastly untapped potential, banks, fintechs and businesses need to continue to explore ambitious and creative solutions that open banking fosters and facilitates to benefit the UK public and business community.

In City AM, Andrew Griffith, Economic Secretary to the Treasury, wrote, “My task now is not just to lock in this progress – but to build on it to ensure the benefits of open banking technology and broader innovation are felt by as many people and businesses in the UK as possible.”

OneID®, a London-based identity technology firm, is the prime example of open banking innovation. It showcases a truly innovative use of this existing ecosystem that benefits banks, businesses and UK citizens. It enables 40m UK consumers to consent to share their bank-verified identity data with a 3rd party service provider to easily onboard and authenticate themselves. This has huge potential to tackle big societal issues such as age verification, fraud and online abuse.

Still a way to go

With momentum rapidly growing pace, open banking is taking centre stage in the financial services industry. But it isn’t without its critics.

Back in December, a group of UK fintechs, including Monzo, Plum and Wise, signed a joint letter to the Financial Conduct Authority (FCA) calling for greater clarity on how open banking will be regulated from 2023 onwards.

The letter then describes dissatisfaction with the lack of clear direction from the Joint Regulatory Oversight Committee (JROC), a regulatory body established last March by the Competition and Markets Authority (CMA).

Further, not all banks have implemented all the requirements of the open banking Roadmap. Allied Irish Bank, Bank of Ireland and Danske are lagging behind the other six major banks. The CMA said the Open Banking Implementation Entity would consider enforcement action.

Despite these issues, the open banking story to date has largely been a positive one. To continue on the same path, it’s vital that policymakers and regulators act now and lay the foundations that will allow open banking to continue to flourish for years to come.