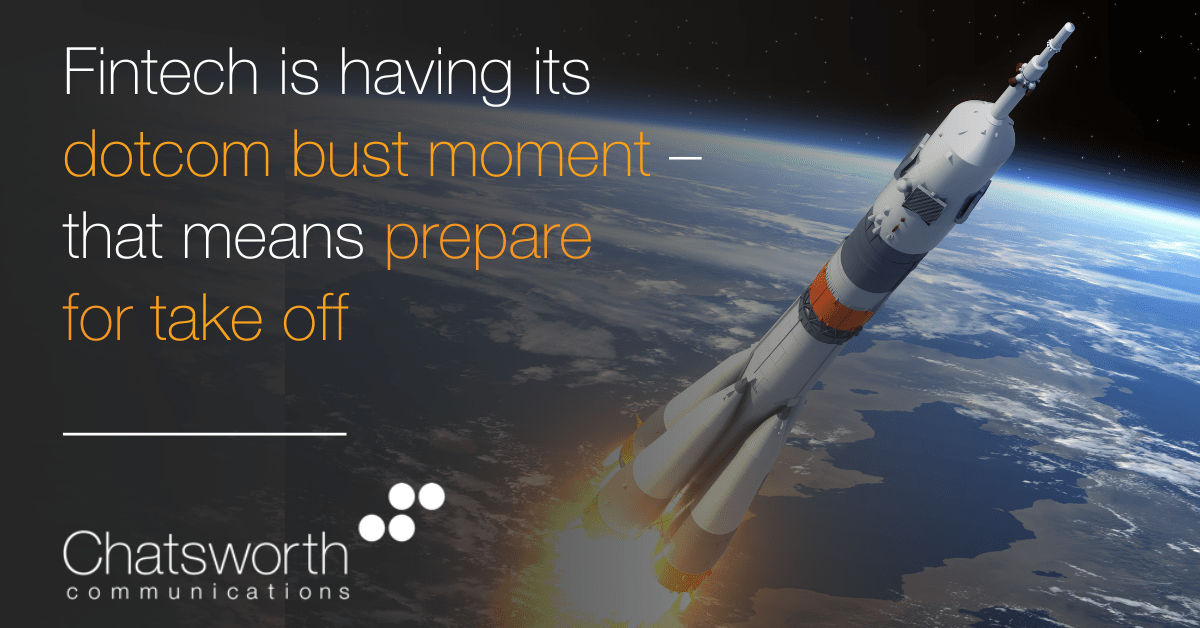 It’s always darkest before the dawn, or so the saying goes. And tech does seem, how can I put this best? To be having “a bit of a moment”.

Funding dropping off a cliff, the collapse of FTX, Meta’s mea-culpa, The ASX dropping a nut with its modernisation programme, Nirvana Money shutting down just weeks after launch.

This all feels familiar. We’ve seen layoffs, failed tech firms, and the trough of disillusionment before.

Roll back the clock to the early noughties. The dotcom boom and subsequent crash filtered out tons of dotcom firms and propositions which were essentially vapourware – PowerPoint companies with little more than a proposition, catchy URL and hype.

What happened next? The real deals took off. Amazon exploded from an online bookstore to the biggest retailer and distributor on the planet.

The internet was adopted by every retailer and transformed their businesses. The world and the high street changed for ever.

The problem with the fintech investment boom is the same with any boom period – reality collides with hype. The tech and design geniuses and real innovators who eventually win out end up in a sector joined by grifters and opportunists.

So, is it all over for fintech? Will the money dry up? Will banks and governments go back to their old ways and systems for the next decade?

Not one bit. Downturns encourage innovation, pushing sub-sectors of fintech to the fore.

A tightening economic environment is machined tooled for fintech which at its core relies on the effective use, analysis and management of data. The ability to record, compare, predict. From individual customer needs to market trends and movements.

Technology delivers efficiency and the tools to gain a greater share of wallet when it is needed most.

Some firms will fail or be bought out but the fundamentals of fintech remain strong, which will continue to attract investment, albeit at a different level from the frothy years of late.

As my learned Chatsworth colleague, Michael, counselled his team this week about a piece of client work – problems first, solutions second.

Technology must address defined problems and use cases, genuine market need and have a realistic path to delivery. Live markets and systems are by their nature critical, conservative, vulnerable and often tightly regulated.

The best fintech tech firms have people who understand financial markets and the regulatory environment and work closely with them from the start to ensure their tech meets the highest benchmarks of resilience and operational efficiency.

If the easy money is no longer there for fintech, the good tech which meets genuine use cases is going to stick and there will be an almighty clear out of the junk.

Firms will need to work harder and smarter with existing cash flows and teams from the top to the bottom of the organisation. But this downturn is going to be both a shake-out and an opportunity for great tech firms to show their real value. This is fintech’s real moment.